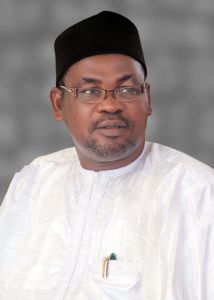 The office of the Secretary of the State Government is headed by the Secretary of the state Government (SSG) who is the first appointee of the state government, a central person linking all units of government, coordinating activities in a set design in finances and coordination, feeds back to the executive, legislature and the judiciary. All government activities centre on the SSG as may be assisted by various Permanent secretaries in charge of Ministerial and Extra-Ministerial Departments and Agencies. The SSG serves as the Clearing house for policy proposals from the various arms of Government for the Executive Council;

The SSG provides Policy guidelines to all agencies of Government, including Statutory Corporations and state owned Companies in the implementation of their organizational objectives with a view to making them result-oriented and monitor the implementation of such policy guidelines, his duties includes though not limited to; Secretary to the State Executive Council, Liaison with Secretary to the Government of the Federation and Secretaries to other State Governments. Public Complaints, Honours and Awards, Servicing State Council Meetings, Political Correspondence, Advising Government on the remuneration of the Chairmen and Board Members of Parastatals, Dealing with matters relating to condition of service of Political Office holders in the Executive, Petitions’ and Appeals to the Governor from Non Public Officers, Advising the Executive Governor on Political Matters, Cabinet Matters, Monitoring of Council decisions, Official Gazette and Telephone Directory, Allocation of Official Identification Vehicle Numbers, Declaration of Assets and Oath of Public Office, Liaison on Recruitment Exercise to the Armed Forces and the Police, Monitoring of Special Programmes/Project, National Boundary, Commission and Nigerian Legion & Liaison between the State Government and Political Parties at National, State and Local Government Levels.