The history of Pindiga Emirate ,as with other most ethnic community in northern Nigeria is closely connected with the history and Developments of other tribes in Nigeria. The pre-caliphate history of pindiga is tied ,but not exclusively limited ,to political development in Hausa land and Borno; as
well as the Development in Gongola Valley especially in the 16th and 17th centuries, the period was characterises by intensive and extensive jukun influence and dominance over most of the people of Gombe region. The earliest inhabitant to settle in the area now known as pindiga Emirate are the Jukuns who are believed to have originally migrated from Yemen along with the Kanuri’s and other tribes in chad Basin and Gongola Valley. 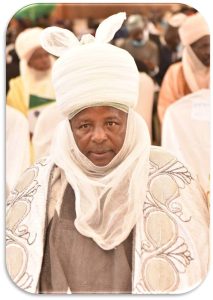 Along with those of Gwana and Gateri, the pindiga Jukun constitutes the northern district of larger jukun /Kwararrafa stock. From this vantage point, it was believed, that the famous Jukun raids and wars in Hausa land and Borno were organised and executed. the famous pindiga cavalry raiders and display is a testimony of the long history of struggle for defence and territorial expansion.

Virtually, all authorities confirm that pindiga was in the past a formidable power base in Gongola and Benue Valleys. from their Headquarters at Binga and lately Kratom, the influence of pindiga Jukun had spread far and wide-stretching south-ward up to Gwana, west-ward to Fali and Kirfi and north-wards up to Kwami and Gadam. It is believed that pindiga Jukun influence spread up to Gwani in the east and the Tangale and Wurkun regions to the south-east.
The influence may not be political or administrative as it is known today, though as confirmed by
scholars, they did control most of the present day Gombe area.
In reality the Jukun influence was of Religion than administrative or imperial. Hence the Jukun religion known as Konom Aku was then practiced by the Bolawa,tera,waja,wurkun and Tangales.

The nineteenth century brought revolutionary changes to pindiga between 1830 and 1840 the pindiga Jukun were effectively brought under control of Gombe Emirate and the region was administered under the respective Galadimas of Gombe. Despite the new administrative supervisory arrangement, the traditional ruling lineage of the chieftaincy of pindiga still remained with the Jukuns with the tittle of ‘sarkin pindiga’ retained. This development brought with it Islam and its other influences as well as far reaching demographic changes. When the British conquered Gombe Emirate in 1903, pindiga was made part of Akko district as a village Area and this arrangement
remained until 1978. The twentieth century, brought the greatest change ever witnessed in the Pindiga Area. Such changes include growth and development of towns, markets, commerce, and western education and increased Islamisation. These put Pindiga in the larger view of northern Nigeria society. Under the leadership of sarki Hassan (1912-1935) and his successor sarki Ibrahim (1935-1942). Pindiga reached its peak as a cosmopolitan area. Notable among the factors responsible for this phenomenon was the increase in the population of the Fulani, and the hausa traders who trooped into the area in large numbers of from the numbers from the eastern parts of Bauchi Emirate and the northern Gombe. earlier on the Tangale began to descend from their hills down to the pindiga plains and inter-married with their Jukun neighbours. Such inter-marriage with Tangale, fulanis, Kanuris, Bolewas and the Hausas brought about a harmonious relationship and moulded pindiga as an amalgam of a heterogeneous society.
Following a state wide exercise in 1978, pindiga village Area was elevated to the position of District. Consequently, the late village head Alhaji Ahmad Shuaibu (to whom is attributed pindiga’s modern Developments) was elevated to the position of a District Head. This enhanced the position of the district and the wellbeing of its people. Shortly after this, in 1981, the district was constituted /elevated to a local Government Area which is now defunct. But the most important change so far, especially in terms of self-esteem and independence, has been the constitution of pindiga District in to emirate headed by a second-class emir Alhaji Muhammad Seyoji Ahmed on
Saturday, 14th July 2001 by His Excellency Alh.Abubakar Habu Hashidu ,Matawallen Dukku ,the first executive governor of Gombe state. the creation of the emirate was received with spontaneous joy and merry-making.
Pindiga has been blessed with abundant Agricultural and other natural resources which earned for it the epithet food basket of Gombe state. The people of pindiga Emirate live in harmony with one another, are forward looking and responsible sons and daughters who have made indelible marks in the affairs of Nigeria as police and military personnel, politicians, professionals, academics, businessmen and bureaucrats who are respected all over Nigeria.

PEACEFUL CO-EXSTANCE OF THE PEOPLE

As earlier stated above, the early settlers of the present day pindiga Emirate are the Jukun who come in to Gombe area around 9th century.
Other major tribes are the Fulani, Tangale, Hausa, Bolewa etc.

The pindiga community can best be described as a large family of various tribes who assimilated the cultures of each other and have attained high degree of tolerance, mutual respect and understanding for one another as evidenced by our peaceful co-existence over the years.

From 2006 to date, given the national population census (NPC) projected Annual population growth rate of 3.2%, the population of pindiga emirate has risen to one Hundred and sixty-three thousand, three hundred fiftysix, (163,356) competing favourable with many local Government Areas in Gombe state and Nigeria in General.

ECONOMIC ACTIVITES OF THE PEOPLE

1. AGRICULTURE: Pindiga Emirate is blessed with vast fertile land and huge potential for livestock farming. It is one of major grains producing areas in Gombe state. These includes: maize, guinea, corn, millet, beans, Groundnut and beans.
The Emirate is also re-known for the production of cotton, bean seed, cassava, sweet potatoes, cocoyam etc.

As result of the huge potential of this Emirate in livestock and Agricultural resources, the then Northern Regional Government established in 1953 an Agricultural institute and Animal Husbandry and inoculate centre at Tumu to boost farming activities.

2. COMMERCE: the strategic location of pindiga Emirate, its fame in Agricultural production, with its very enterprising people has made the area to be a commercial bee-hive and life wire of Akko local government. A large percentage of the internally generated revenue of the present Akko local Government Area is generated from this area.

3. MINERAL RESOURCES
The area is also extremely rich in the deposit of various kind of mineral resources which attract multinational
companies to embark upon prospecting of these minerals. For instance, Ajaokuta iron and steel co. has carried out feasibility studies for the mining of huge deposit coal discovered in large quantity in the area. Undisputedly, the Nigerian mining corporation also is said make necessary arrangements for the mining of kaolin.
Ashaka cement has since started the mining of coal at maiganga and working assiduously to start mining of huge deposit of gypsum a very important component in the production of cement which was initially imported.
These growing zest and awareness of people to the huge deposit of mineral resources, recently shell, chevron and
Elf engage in the prospecting of crude oil in the Emirate. This established discernibly the abundant resource Allah (SWT) blessed the Emirate with and which if properly utilised can develop not only the area of Gombe state alone, but will boost the economy of the nation at large. Other mineral resource in the Emirate include Glauconite, limestone, Salt, phosphate , bentonite etc.
4. CULTURAL HERITAGE
The vestige of the rice culture is the is the foundation of the Emirate present tranquillity, hospitality, unity and above all, appreciation of good gesture meted out the people.
5. MAN POWER
Pindiga Emirate is blessed with able bodied and well trained highly educated human resource in all human endeavors needed to meet the manpower requirement for the successful running of any administration
or establishment.
The presence of federal Government tertiary institution such as Federal university Kashere also provide avenue
for training and retraining of our people to update their skills and capabilities for enhanced services delivery.

The people of pidiga Emirate have come a long way in the course of history. However, from the colonial period to date, the emirate has seen tremendous socio-economic and political transformation.

The establishment of the first primary school in pindiga 1945 was the beginning of a new era of human resources development. Since then,pindiga has produced seasoned civil servants, educationists, administration, university, professors, military, police and other specialists in different field of human endeavours.

Prominent sons and daughters of pindiga Emirate have served at the local, state and national levels of government as Governors, ministers, permanent secretaries, commissioners etc.at different times.
No doubt, the people of pindiga emirate have contribute immensely toward the development Gombe state and the country in general.
However, there are number of serious problems and challenges facing the people and for urgent steps must be taken in order to avoid relapsing back into the ancient past. Some of the problems and challenges facing the people include, inadequate access to clean drinking water for human and animal use, youth unemployment and restiveness.
The challenge of forging unity and cooperation among people is another daunting task that must be squarely faced, if true progress is to be made. Political and personal rivalries especially among elite must not be allowed to stand on the way of peace and development of the emirate.
Although the former governor of Gombe state,Alhaji Ibrahim Dankwambo (Phd), Tolba Gombe is making efforts towards the provision of more amenities, especially in the provision of portable drinking water in pindiga town but we should not relent in letting him know the seriousness of our predicaments. We thank him most sincerely for well-done
effort.
Also, the return of the present emir of pindiga Alhaji Muhammad Seyoji Ahmad after his recent travels on Monday, August 12, 2013 by the government of Alhaji Ibrahim Hassan Dankwambo (Phd) (OON) Tolban Gombe. The returned of 52nd” kuru pinge’’by Tolba administration has renewed the opportunity of the people of pindiga Emirate to come together to unite and support the new emir to deal with the aforementioned problem and challenges. This we believe will ensure the the attainment of the noble objectives of the modern community and thereby restore the glory and pride of the people of pindiga Emirate.
Pindiga Emirate consist of sixteen (16) Districts and sixty (60) village Areas as per attached list.