….As SEC Approves Recapitalisation of Bubayero Micro Finance Bank, Payment of Compensation for Property Earmarked for Some Road Projects

…Govt Spent over 4. 3bn for Operations, Maintenance of Water Supply Process Since Inception in May 2019; SEC reveals 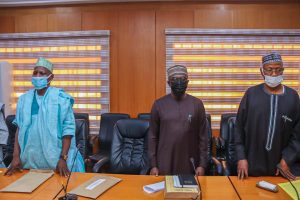 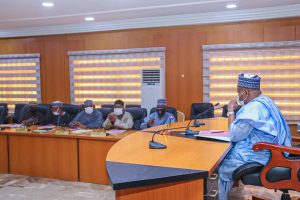 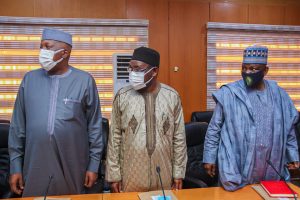 The Gombe State Executive Council, presided over by Governor Muhammadu Inuwa Yahaya also approved the recapitalisation of the Bubayero Micro Finance Bank to a shareholding capital of 500 million Naira by April ending of 2021 and subsequently to 1 billion Naira ordinary shares by April next year.

Gombe State Commissioner of Information and Culture, Julius Ishaya Lepes who coordinated the press briefing after the Exco meeting told newsmen that all approvals, deliberations and de-classification of information by Council were done in the interest of the State and the promotion of transparency and accountability which is the hallmark of the administration of Governor Muhammadu Inuwa Yahaya.
Speaking in specifics, the Commissioner of finance and economic development, Muhammad Gambo Magaji stressed that the recapitalisation of the Bubayero Micro Finance Bank was in line with the Central Bank of Nigeria, CBN’s policy and directive to all Micro Finance Banks in the country to recapitalize or risk being shutdown.
He said the Bubayero Micro Finance Bank, which is jointly owned by the State and Local Governments in the State, provides a financial life line to citizens of the State who cannot approach conventional banks for credit facility and other financial services, saying it is in view of this that the State Executive Council deemed it fit to swiftly act in the interest of the people and in accordance with Governor Muhammadu Inuwa Yahaya’s disposition.
Also shading light on matters discussed under the purview of his Ministry, the Commissioner of lands and survey, Usman Jafun Biri said Council approved over 200 million naira for payment of compensation to individuals and companies who’s property will be affected by the 3.39 kilometres London Maidorawa-Alkahira-Arawa and Layin Shehun Brema- Bolari- Izala to State New Lodge roads.
Also speaking, the Commissioner of Water Resources, Mijinyawa Yahaya said the present administration has expended about 4.3 bn naira for the operations and maintenance of the process of waters supply to Gombe metropolis and environs from the period covering May 29th 2019 to date.
While giving a breakdown of the 4.3 bn expended, the Commissioner said a sum total of 3.2 billion naira was paid to CGC Nigeria Limited for operations and maintainance since the inception of the administration of Governor Muhammadu Inuwa Yahaya.
He also revealed that the sum of 36 million naira was paid to the State Water Board as overhead, while salaries and wages for the staff of the board gulped over 430 million naira and payment made to Jos Electricity Distribution Company JEDC for its services stood at 740 million naira for the period under review.

He said considering the humongous amount being spent by the administration of Governor Inuwa Yahaya in the provision of water to the people of the State and the paltry sum of 18 million generated as revenue, the Gombe State Government will soon come up with a technologically driven method of pay as you consume while expanding the supply of water networks across the state.