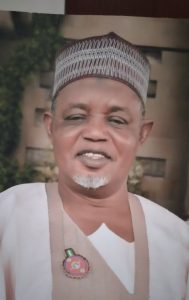 Alh. Yusuf Daudu Kaltungo (FIFMAN, FIICA), is the Director-General (DG) of the Gombe State Bureau for Public Service Reforms. A seasoned technocrat, the DG is a 1982 graduate of economics from the Bayero University, Kano, Nigeria. Before retiring from service, Alhaji Kaltungo served as a Permanent Secretary for 9 years. He is a respected community leader and holder of the revered traditional title of the Katukan Kaltungo. He was appointed the DG of the Gombe State Bureau of Public Service Reforms by His Excellency, Governor Muhammadu Inuwa Yahya in October 2019.
In this role, he is responsible for the implementation of the administration’s public service reform programmes in the State in five critical areas namely; governance, civil service, finance, economy and internal revenue generation. The key objective is to reposition the State Public Service for greater performance and efficient service delivery to the people of the State through a prudent, transparent and accountable process. The  Mission and Vision is to make Gombe State great and a model under the exemplary stewardship of His Excellency, Alh. Muhammadu Inuwa Yahaya, the current Executive Governor of Gombe State for other States in the Federation to emulate.