Alhaji Usman Mamman Kamara was born 25th March, 1957 in Kumbiya kumbiya Ward, Gombe Local Government, Usman M. Kamara started his early education at Central Primary School from 1963 to 1969. He then proceeded to Government Secondary School Bauchi, where he obtained his Secondary V Certificate in 1974. In 1975 he gained admission in Teachers College Bauchi, where he obtained Teachers Grade II Certificate in 1976. The following year he gained admission into the prestigious Ahmadu Bello University in Zaria. He graduated with a B.Sc. (Hons) Political Science in 1981. In 2014 he obtained his M.Sc. in Industrial and Labour Relation (MILR) from university of Maiduguri. He is a fellow of the Institute of Industrial and Cooperate Administration and have attended courses and seminars in Mortgage Finance, Housing Cooperatives, Cooperate Planning and Strategic Management, Building Excellence in Bank Customer Service, Microsoft Office/Project/Exchange, Financial Analysis of Agriculture Projects , Leadership and Motivation Skills and many others.

Usman M. Kamara served as an Agricultural Assistant and later a Classroom Teacher at Gombe Local Government. After his National Service, Usman M. Kamara took up appointment with the then Bauchi State Ministry for Rural Development and Cooperatives and later Local Government Service Commission where he serve as Assistant Secretary. He was later appointed as the Head of Administration at the then Bauchi State College of Education (ATC). Due to his hard wok and dedication he was promoted to Assistant Registrar Academic/ Student Affairs at the Institute of Higher Education (BASIHE). Usman M. Kamara then took appointment with Nigerian Agriculture and Co-operative Bank Ltd in Bauchi and later transferred to Maiduguri where he served as Branch Admin Officer. Following his commitments to work he was upgraded to a Zonal Manager – Admin in Funtua Zonal Office and Later Kano Zonal Office.

Usman M. kamara started another carrier in Banking where he spent almost a decade in the then Inland Bank Plc holding a number of positions in hierarchical order amongst which are; Deputy Manager (Admin): Deputy Manager (Operations); Deputy Manager (Credit & Marketing); Senior Operations Officer; Manager, Credit/Marketing and Senior Branch Manager.

After his years in Bank, Usman M. Kamara decided to resign his appointment to contribute his bit toward the development of his dear state. He took an appointment with Gombe State Investment and Property Development Company where he held a series of responsibilities viz-a-viz his  exposure and experience as follows: Assistant General Manager (Property/Marketing), Deputy General Manager (Property/Marketing), Secretary/Head of Administration Gombe State Transport Service  (on special assignment), General manager (Estate and Property) when he retired from service in 2017. Even after his retirement, Usman M. Kamara continued struggling, like some wise men say ”’retired but not tired”. He took on appointment with private sector as follows: ECOinsurance Brokers Ltd and Deo Volente Enterprises where he served as Executive Director and Chairman respectively.

His Profile and pedigree had made His Excellency, Alhaji Muhammadu Inuwa Yahaya, The Executive Governor of Gombe State, to appoint him among his first twelve aides as the Principal Private Gombe: Member, Management Committee, Adamu Yole Ture (AYT), Foundation.

He is happily married and blessed with children and grandchildren. 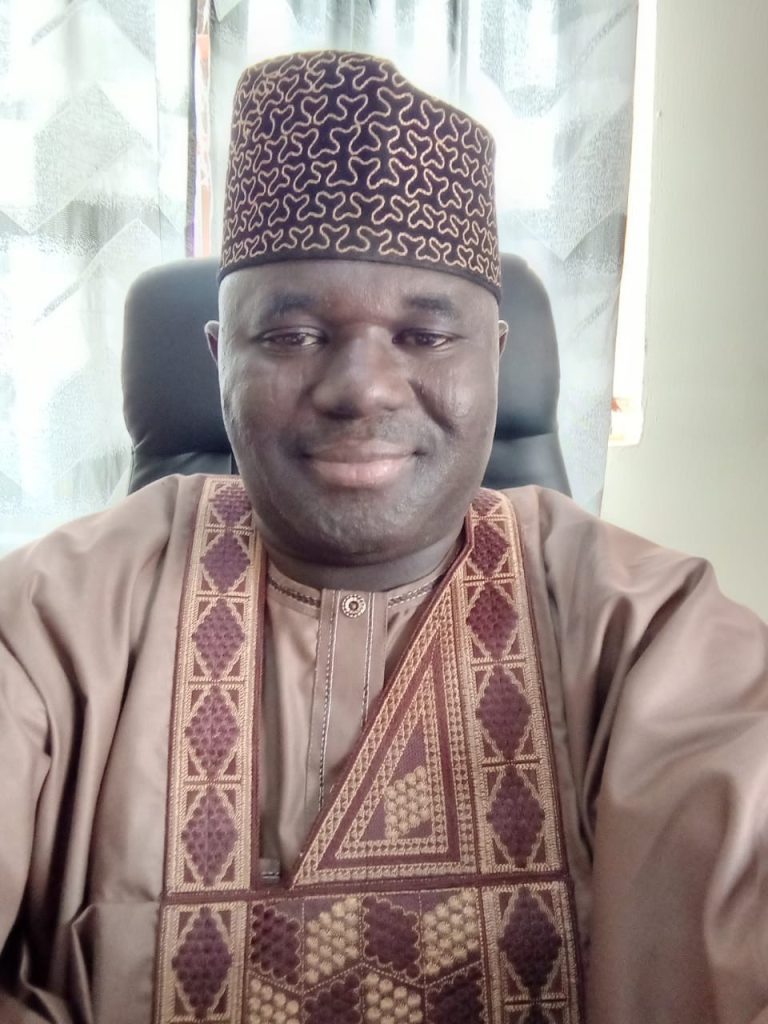 I started my working career in 1991 with the Ministry of Education, in the then Bauchi State on GL. 07 and rose through the ranks. I was appointed a Director in the State Service in 2017. Served in various capacities and committees till date. He was then appointed as Permanent Secretary in the State Civil Service in 2022 and currently the Principal Private Secretary (PPS) to His Excellency Muhammadu Inuwa Yahaya (Dan Majen Gombe) the Governor of Gombe State.