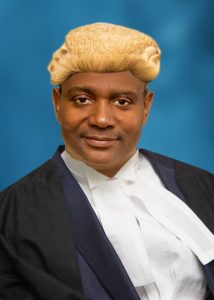 The subject started his formal education at Jankai Primary School, Gombe (now Jalo Waziri Primary School, Gombe) in 1979 to 1985; Pilot Junior Secondary School, Gombe 1986 to 1988; Government Secondary School, Nafada 1989 to 1991. In 1998 he obtained Diploma in Sharia and Civil Law from A.D Rufa’i College for Legal and Islamic Studies Misau. He also gained admission and studied LL.B (Hons) and Sharia at the University of Maiduguri from 2000 to 2006 and proceeded to Nigerian Law School, Abuja Campus where he was called to the Nigerian Bar as Barrister and Solicitor of the Supreme Court of Nigeria in 2010.

In his quest of knowledge, Barrister Ibrahim also obtained Master of Arts in Law from the famous Ahmadu Bello University, Zaria in the year 2014.

Barrister Ibrahim Usman Jibrin who speaks English, Hausa and Fulfulde started his working career at the Bauchi State Sharia Court of Appeal and later became in-charge of various Registries of the Court from 1992 to 1995. Upon creation of Gombe State and Establishment of Sharia Court of Appeal in 1996 to 2000 he was deployed and made In-charge of Training co-opted and newly appointed staff of the Appeal Registry in Gombe.

In August, 2011 he was appointed as an Area Court Judge and until June, 2018 he served at various jurisdictions in the State Judiciary such as Zange, Dukku, Tongo, Bojude, Kwami and Pantami Area Courts Gombe.

He was appointed Deputy Chief Registrar (Admin and Finance) of the Sharia Court of Appeal Gombe State in June, 2018 and subsequently Chief Registrar of the same Court in August, 2019 the position he is currently serving to date.

He has attended Workshops and Seminars both National and International mostly organized by the National Judicial Institute (NJI) Abuja from 1994 to 2019 and has also served as a Member of the various Committees of Gombe State from 2008 to date.

Barrister Ibrahim Usman Jibrin was also a member of the Nigerian Bar Association (NBA), Maize Growers Association of Nigeria (MAGAN). Reading and Travelling have been recorded as his hobbies. He is happily married with children.